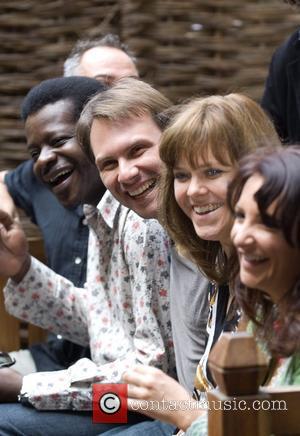 Picture: Christian Slater A photocall reuniting the 2004 cast of 'One Flew Over the Cuckoo's Nest' Edinburgh, Scotland - 24.08.07

Hollywood star Christian Slater's addiction to drugs and alcohol left him so weak and frail he struggled to carry out simple everyday tasks. The True Romance actor's battle to kick his habits has been well-publicised as his drunken antics led to him being jailed in 1997 after being accused of assaulting his then girlfriend, Michelle Jonas, and several police officers. But Slater is pleased to have finally got his life back on track. He says, "I went through a period of real bad drug and alcohol abuse and there's no doubt that takes a certain toll on your body. "You're wiped out, tired, less presentable in any situation. How can you present yourself in a positive way when you can't even stand up properly?"