Actor Christian Slater Is Opening Up About His Troubled Relationship With His Mentally Ill Father, Revealing They Recently Reconciled After A Nine-year Estrangement. 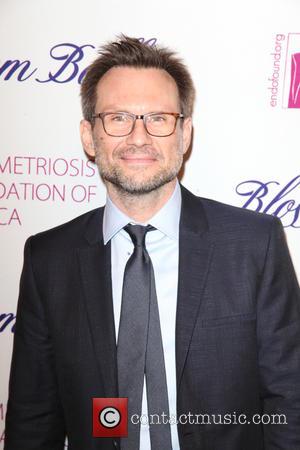 Picture: Christian Slater - Photographs of a host of stars as they took to the red carpet at the 7th Annual Blossom Ball Benefiting The Endometriosis...

The Heathers star's father, actor Michael Hawkins, suffers from manic-depressive disorder and schizophrenia, and his struggles have long caused a rift in their relationship.

They had not spoken for almost a decade until recently, and now they have taken steps to move past their previous problems.

In an article with Interview magazine, he tells Nymphomaniac director Lars Von Trier, "He's a manic-depressive schizophrenic. He's always had trouble - he was a fantastic actor and extraordinarily charismatic and very, very good looking, but he had a really difficult time working with directors, collaborating with people."

He continues, "(But he is) in a place (care home) now, getting a lot of help from someone. In the last few months, my father actually reached out to me and wanted to reconcile and reconnect.

"I was very grateful to be able to communicate with him. From a tumultuous, back-and-forth relationship, we were able to begin to build a better bridge for the both of us. So that was good."