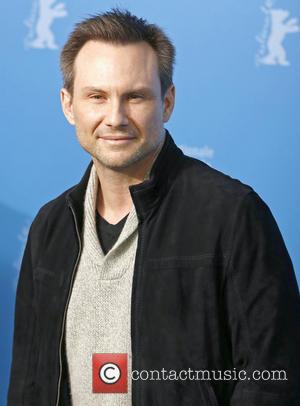 Christian Slater often hates getting recognised in public because fans who spot him often mistake the actor for someone else.

The Heathers star admits he's cursed with a famous face because he gets recognised a lot by people who can't quite place him - and it becomes an awkward, embarrassing encounter.

He tells Wenn, "I was at Starbucks recently and they asked me what my name was so they could write it on the cup. I said Christian and the lady was like, 'Bale?' 'No, Slater thank you'.

"I think she was just being cute with the Christian thing. It was the only Christian she could think of, so she said Bale.

"People get nervous when they see me. I'm at the supermarket on the check-out line and somebody says, 'Hey, are you that guy?' They throw out a name and it's not me, so they really depress me. They start piecing together my name: 'You're that guy on the Tv and he does the (Jack) Nicholson thing', and they try to piece together my name and they just can't get it.

"I wait until all the bags are in their cart and I say, 'Christian Slater!' And I'm out the door!"