Footwear designer Christian Louboutin says the measure of a great shoe is how good they look on a naked woman. 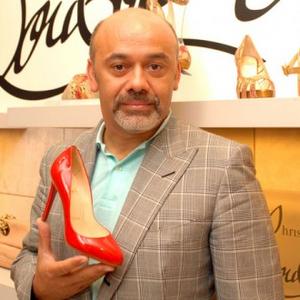 Christian Louboutin measures how good his shoes are by what they look like on a naked woman.

The footwear designer says any good shoe should be able to make a female body look sexy without the help of any clothes.

He said: "The ultimate must still look good when a woman is naked. The design that encapsulates my career is the Pigalle, a low-cut, high-heeled pump. It's so subtle in that it adds something sexy to the body, but you don't immediately realise that it's the shoe that is making the difference."

Christian says his obsession with shoes came after seeing showgirls wear them.

He told The Times newspaper: "My interest in shoes came from showgirls. Apart from feathers, there is nothing else to the outfit than their shoes. I thought about being a shoe designer when I was about 12-years-old, but it wasn't until I was in my mid-teens that I realised it could be my real job."

Christian - whose high-heeled designs have become a favourite among a host of celebrities including Sarah Jessica Parker, Victoria Beckham and Kate Moss - recently claimed a good pair of shoes help transform a woman's attitude.

He said: "When Women put on a pair of beautiful shoes they instantly hold themselves differently. Shoes transform your body language and attitude. They lift you physically and emotionally. I remember watching a Spanish woman in my shop try on some heels. She instantly stood up taller, her chest went out and her shoulders went back. She told her friend that they were better than a face lift."

Christian Louboutin Made Shoes From Rubies