Christian Bale worried he ''f***ed up'' his audition in the 'Dark Knight' trilogy because of the gruff, gravelly accent he gave the character. 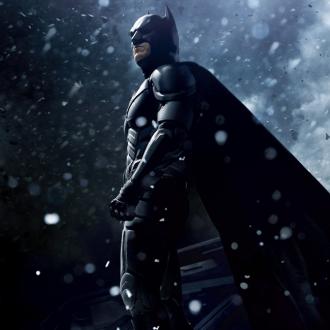 Christian Bale worried he ''f***ed up'' his Batman audition because of his voice.

The actor's incarnation of the caped crusader was defined by his deep, gravelly voice, however, Bale admits he wasn't sure how the accent went over with producers when he first read for the part.

Bale - who starred in Christopher Nolan's 'The Dark Knight' trilogy between 2005 and 2012 - also revealed that he adopted the gruff voice because he felt ridiculous standing in a latex Batman costume and wanted to give the character some weight.

He told MTV News: ''I got there. They put me in [former Batman] Val Kilmer's suit. It didn't even fit properly and I stood in it and I went, 'I feel like an idiot.' What kind of guy walks around dressed like a bat, and is then going to go, 'Hello, how are you? Just ignore that I'm dressed as a bat.'

With the British actor now retiring his Batsuit, 'Argo' star Ben Affleck will take over the Batman role in the upcoming 'Man of Steel' sequel and Bale thinks his successor should find his own voice for the role.

He added: ''The voice ain't for everybody. Ben's obviously going to have to do his own thing, but it was the only way that I could find how to get into that and to justify wearing the fricking Batsuit.''