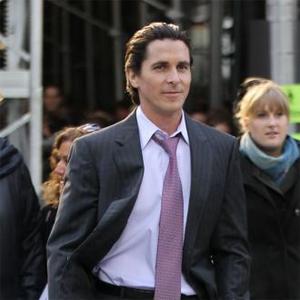 Christian Bale will miss his Batman suit despite its heat and the headaches it caused him.

'The Dark Knight Rises' star appears as the caped crusader for the last time in the final instalment of the trilogy, and although the character's trademark black suit was awkward to swear, it has a special place in his heart.

He told Collider.com: ''For all the discomfort and the heat and the sweat and the headaches and everything from it, when you sit back and watch the movie at the end of the day, you go: 'Well, that's f***ing cool.'

Meanwhile Christian's co-star, Anne Hathaway, who plays Batman's adversary, Catwoman, in the film was excited when she saw the clever way they worked her character's cat ears into the costume, as they are a pair of goggles which flip up when not used, to look like points on the top of her head.

She told Empire magazine: ''I got chills when I saw that.

''I was so happy they had such a clever solution to a really iconic but sometimes unnecessary part of the costume.''

'The Dark Knight Rises' - which also stars Tom Hardy as supervillain Bane - is in cinemas from July.