Christian Bale thinks Tom Hardy is a ''phenomenal'' actor after working with him on 'The Dark Knight Rises'. 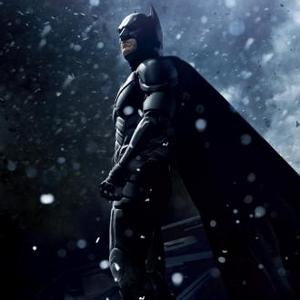 The 38 year old actor claims his talented 'The Dark Knight Rises' co-star ''knows his s**t'', but says The Heavy costumes meant the pair didn't get much interaction.

Christian told Empire magazine: ''Tom is phenomenal. He's an extraordinary actor. If I were a director I would want Tom to be in my movies. He knows his s**t.

''But it's a funny distance that you have in these movies, literally, by being cocooned by a cowl. I don't truly feel like I've worked with Gary (Oldman), even though we've done three movies together.

''And likewise with Tom, we're both behind these masks. He's feeling the isolation as well. It's a strange feeling. So we agreed after this we'd like to work with each other on something one day!''

Christian reprises his role as Batman in Christopher Nolan's follow-up to 'The Dark Knight', and Tom plays arch-rival Bane. The 'Inception' rising star follows in the footsteps of the late Heath Ledger, who received a posthumous Oscar for his performance as the Joker in the 2008 instalment.

Director Christopher Nolan is insistent this will be the final time we see Gotham City.