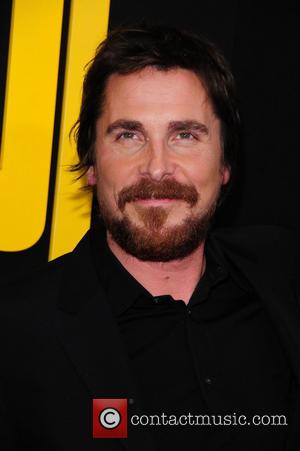 Actor Christian Bale is still trying to shed the remainder of the 43 pounds (19.5 kilograms) he gained to play an ageing con artist in American Hustle, after stuffing his face with greasy and fatty foods.

The Batman Begins star ploughed his way through junk food to expand his waistline, but at 39, he's finding it a little harder to drop the excess weight, months after completing filming.

He tells People.com, "I ate lots of doughnuts, a whole lot of cheeseburgers and whatever I could get my hands on. I literally ate anything that came my way. I was about 185 and went up to 228. I'm still working it off."

The British actor, who also shaved his head to accurately portray a balding man, admits his eight-year-old daughter, Emmeline, enjoyed poking fun at her dad for the drastic transformation: "She found it funny. Having a big old gut and a bald head, she would slap it and tease me. She had lots of fun and found it amusing."

Bale is no stranger to changing his weight to suit a role - he famously lost 60 pounds (27.2 kilograms) for 2004's The MAChinist, before packing on muscle for Christopher Nolan's Batman trilogy, and losing it all again for The Fighter.