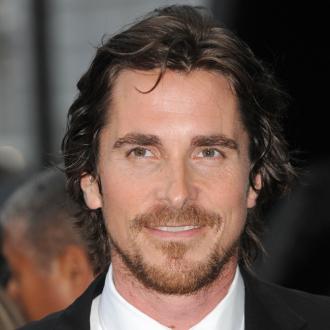 The 'Dark Knight' actor has hit out at the 'Monuments Men' star - who married lawyer Amal Alamuddin in Venice, Italy, in September - for making ''boring'' complaints about being hounded by paparazzi, insisting people in the public eye should just get on with their lives and ignore the extra attention.

He said: ''It doesn't matter that he talks about it. It's like, 'Come on, guys, just shut up. Just get on with it and live your lives and stop whining about it.' I prefer not to whine about it.''

While the 40-year-old star - who has a nine-year-old daughter and three-month-old son with wife Sibi Blazic - is renowned for his hot temper, he always tries not to get into confrontations with photographers, even if they deliberately try to provoke a reaction and ''kill'' his ''humanity and dignity'' with their remarks.

He recalled in an interview with WSJ magazine: ''I was in Italy with my wife. I would go to work; she would leave the hotel.

''There would be a man who stood outside . . . and say the most obscene things imaginable to my wife . . .

''I know what he's after; he has a strategy there. Am I able to say I'm not gonna give him that satisfaction of angry Christian Bale coming after this man?

''But equally, he's killing my humanity and my dignity as a husband if I do not, and he knows this. So you've got a choice.''