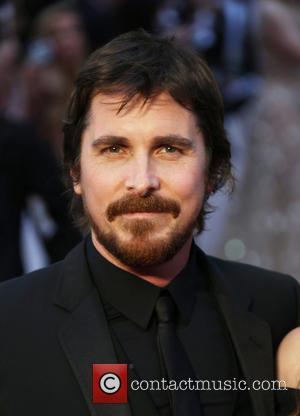 Representatives for Christian Bale have dismissed rumours suggesting the actor is set to take over as a lead on the second series of hit crime drama True Detective.

The Dark Knight Rises star had reportedly been in talks with bosses at America's HBO network to take over from Matthew MCConaughey and/or Woody Harrelson in the anthology series, but his publicist Jennifer Allen has since ruled out the speculation.

Speaking to Gawker blog Defamer, she insists Bale turned down the job, stating, "The end result is he's not doing it", and emphasising, "The rumour that he's doing it is not true."

The latest casting rumours emerge days after actress Jessica Chastain was falsely linked to a leading role on the show.

Her representative denied the reports, while the Zero Dark Thirty star herself said, "Everybody went crazy on the Internet. It's an awkward thing because when all that attention happens - it takes away from whoever plays the role."

She added, "I'm a big fan of the series. I'm going to watch the second season just like I watched every episode of the first."

The acclaimed drama, in which Harrelson and MCConaughey portrayed troubled cops investigating a series of cult-linked murders, picked up a handful of nods when the 2014 Critics' Choice Television Awards nominations were announced on Wednesday (28May14).