Christian Bale says he deeply regrets his infamous outburst on a film set in 2008, admitting his behaviour was ''wrong''. 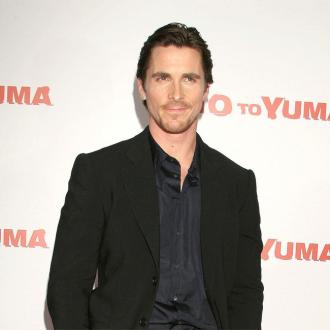 Christian Bale deeply regrets his infamous foul-mouthed rant on a film set in 2008.

The 39-year-old actor flew into a rage on the set of 'Terminator Salvation' when director of photography Shane Halburt accidentally walked into a scene and Bale - who had been arrested for verbal assault charges filed by his mother in July 2008 - admits he is remorseful about his tempestuous behaviour.

He said: ''It was not the way to behave. It was wrong, end of story. I desire not to be that person who would behave in that fashion.''

The controversial episode hit the headlines after an audio recording leaked online, but 'The Dark Knight Rises' star claims he was not concerned about how he would be perceived by the public. Rather, Bale feared his personal life would overshadow his acclaimed film work.

He explained to Variety: ''It was less about embarrassing myself, because I actually have a strange kind of enjoyment of humiliation. It was more about recognising that I never want to know anything about the actors I watch. The more you're out there and known for things like that, the less audiences can enjoy your performance.''

Despite taking his work seriously, Christian often finds himself bewildered by his chosen profession.

The 'American Hustle' star, who says he finds ''nearly every scene I do really funny'', added: ''I find what I do for a living really funny. I mean, acting is kind of a hilarious thing for a grown man to call a job.''