Christian Bale's daughter teased him for putting on 43 pounds for 'American Hustle' and he is still trying to lose the weight. 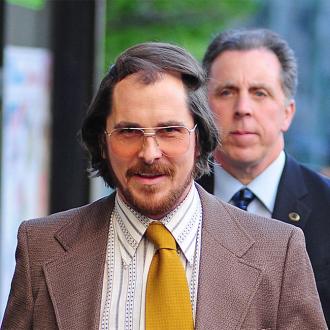 Christian Bale's daughter teased him for putting on weight.

The Oscar-winning actor, who previously lost 60 pounds to appear emaciated in 'The Machinist' in 2004, gained 43 pounds to play a con artist in 'American Hustle' and admitted his daughter, Emmeline, found it ''amusing.''

He told People.com: ''She found it funny. Having a big old gut and a bald head, she would slap it and tease me. She had lots of fun and found it amusing.''

But Christian, who also bulked up for 'Batman Begins' and slimmed down for 'The Fighter,' insisted his wife, Sibi Blazic, is always very supportive of his physical transformations for film roles.

He said: ''She's seen me in many different, hideous guises, and she tolerates me no matter how I look. I'm grateful to have a very patient and loving wife.''

The 39-year-old British star gorged on junk food to gain weight and is still trying to slim down since he finished filming the movie in May.

He said: ''I ate lots of doughnuts, a whole lot of cheeseburgers and whatever I could get my hands on. I literally ate anything that came my way. I was about 185 and went up to 228. I'm still working it off.''