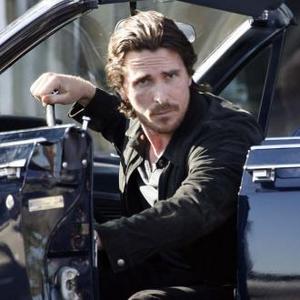 Christian Bale is happy that he got to become friends with Heath Ledger before he died.

The pair worked together on 'The Dark Knight' in which Christian played Batman and Heath his arch nemesis The Joker and although the Australian star died in 2008 from an accidental ''toxic combination of prescription DRUGS'', Christian is proud to have gotten to know him.

Speaking on the Kyle & Jackie O Show on Australian radio station 2Day FM, he said: ''Of course, I have absolutely wonderful memories [of Heath]. I'm very proud that I got to know him as a friend, and work with him, and he's as much a part of this movie, 'The Dark Knight Rises', as he was 'The Dark Knight'.

''He created such a wonderful portrayal, that will always be remembered, and I'm very proud to have been a part of that.''

Christian also ruled out a return to the superhero franchise now he has completed the third and final installment in the Christopher Nolan-directed movie series.

He said: ''I believe Christopher Nolan when he says it (a reboot) won't be from him, and therefore it will not be me. But I absolutely do believe there will be a reboot, and I'm very fascinated to see what incarnation that will take.''