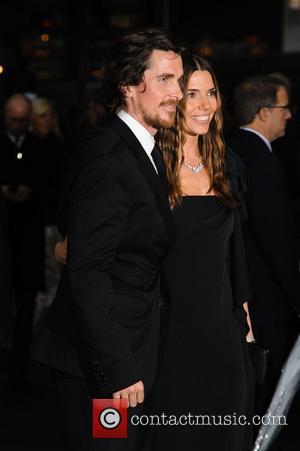 Having been connected to the upcoming Daniel Espinosa movie 'Child 44', Christian Bale has in fact given the word and the word is 'no'.

The film has been waiting for years to be put into production, and has been in development since 2007. Originally Ridley Scott had been tipped as the director, but apparently his existing work schedule was just too much. Now, instead, Daniel Espinosa, a Swedish director who was responsible for this year's 'Safe House', has taken up the task, according to Yahoo.

Bale met with the producers on Tuesday (13th Nov 2012) to decline the role of Leo Demidov, the Soviet-Union lawyer who's employed to investigate the murders of numerous children during the 1950s, the era in which it's set. The film is based on a book of the same name, which in turn was based on the true story of Andrei Chikitalo who killed 52 women and children from the 1970s to the 1990s. He was executed for the crimes. Amid the paranoia and political tension of the Soviet Union during the '50s, Demidova ends up being at the centre of that paranoia. This theme is one that will run the course of what's expected to be a trilogy. Bale gave no reason as to why he is choosing not to be involved in the project.

We haven't seen enough of Espinosa's work to know how good he is, but judging on Safe House we don't feel he'll do the book justice. One of the best production companies around these days is Yellow Bird Productions, a Swedish company that made the Wallander series as well as the critically acclaimed series-come-film-trilogy of Stieg Larsson's Millenium trilogy. The company seem to have a truly wonderful way with crime thrillers, and deal with abhorrent behaviour in a uniquely shocking yet surprisingly tactful way. Ah well, Espinosa's Swedish too so maybe he'll have some of that Yellow Bird brilliance lurking inside him.