The actor researched his character so thoroughly that he kept bugging director Ridley Scott to include more biographical content in the script.

Christian Bale apparently annoyed director Ridley Scott on the set of new biblical epic Exodus: Gods and Kings because he learned about his character (Moses) and kept on pressing for more inclusions to the script.

Bale is renowned for putting huge amounts of effort into his roles, as anyone who has seen Harsh Times or The Fighter will testify. He told World Entertainment News Network: “I kept on annoying Ridley with how fascinating the character was and how much we could add, saying, ‘Can't we put this in?’ But he would say, ‘Well Christian, that's an eight-hour long film... Please shut up; I'm trying to get through a day's work!’”

Christian Bale in Exodus: Gods and Kings, which opened earlier in December

Bale continued: “Moses is possibly the most intriguing figure I've ever come across. He encompasses virtually every single human emotion known to man. He is somebody who is heroic and strong. He is a liberator, he is a leader. He is somebody who, at times, is absolutely wracked with self-doubt but is certainly an iconoclast.”

Exodus has received mixed reviews, with some publications pointing out historical inaccuracies. Authorities in Egypt and Morocco went as far as to ban the film, on the grounds that it claims an earthquake in fact parted the Red Sea and took issue with the depiction of the Jews as having built the Pyramids. 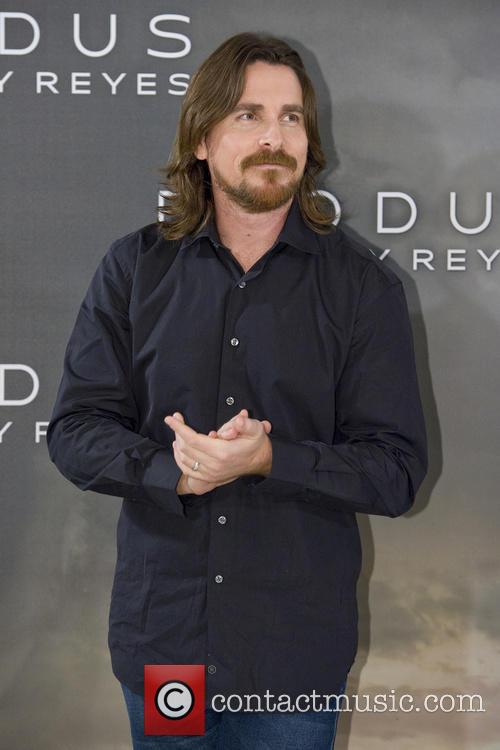 Some critics also attacked the lack of racial diversity, arguing that such a depiction ought to be helmed by a North African or a Middle Eastern director. Bale leapt to the movie’s defence earlier in December, saying: "If people start supporting those films more and more, then financiers in the market will follow," referring to the tendency for big-budget financiers to trust established names rather than up-and-coming local stars.

Despite these criticisms, Exodus took $24.5 million on its debut weekend when it opened on December 12th. Alongside Bale in the lead role, it stars Joel Edgerton, Ben Kingsley and ‘Breaking Bad’’s Aaron Paul.