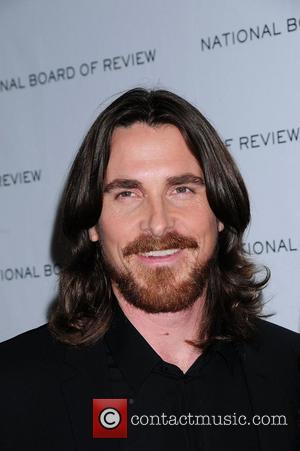 Christian Bale will never allow his daughter to follow in his footsteps as a child star, insisting kids should be able to "get into trouble" and make mistakes away from the spotlight.
The actor was just 13 years old when he was cast in Steven Spielberg's Empire of the Sun, and wishes he could have enjoyed more of his youth before shooting to fame.
And Bale wants his five-year-old Emmeline to have an anonymous childhood before trying to make it in Hollywood.
He tells Britain's Empire magazine, "(I) didn't like that (being famous as a teen). That wasn't for me at all. Some people can deal with it, but I found it to be a complete pain in the a**e and embarrassing. Also, there was the annoying notion of everyone going, 'Ah, you should know better' when I was done for shoplifting. But, no, I shouldn't have known better. There was no reason I should. I could have done without that side of things. It was nice to go travelling and have those experiences (filming movies), but look, if anyone in my family - my nieces or my daughter - wanted to start at that age, I'd absolutely believe in and support their dreams, but I would tell them, 'No b***dy way - not professionally.'
"It's just too young. You need to be anonymous at that age, you need to go and get into all sorts of trouble and not have anyone know who you are. It's ruined when everyone knows who you are."