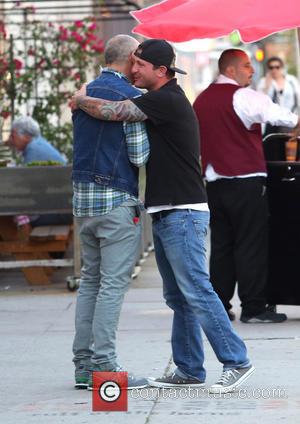 The Ed Hardy and Von Dutch designer was spotted wearing a medical face mask as he was leaving Cedars-Sinai Medical Center in Los Angeles on Monday (06Apr15) after undergoing treatment.

Asked what was wrong, Audigier told a TMZ cameraman, "I have cancer..."

However, after the videographer expressed his condolences, the 56 year old suggested the disease is in remission, stating, "It's OK, I'm free now."

No further details about Audigier's condition were available as WENN went to press.