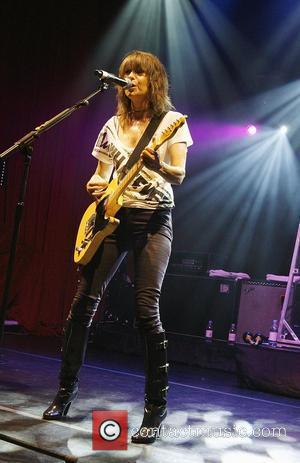 Rock legends Chrissie Hynde and Ray Davies' activist daughter was arrested on Wednesday (31Jul13) for gluing herself to her boyfriend during a protest against fracking.

Natalie Hynde glued her hands to those of her partner Simon Medhurst at the entrance of a proposed gas drilling site in Sussex, England.

The pair, who had spent several days protesting at the spot, was separated from Medhurst and taken into custody.

The 30 year old was previously arrested in February (13) for chaining herself to a tree in a bid to prevent developers from destroying nature spot Combe Haven Valley in Hastings, England, to make way for a bypass.