'Justice League' screenwriter Chris Terrio has confessed he wanted his name removed from the "vandalised" film when it was changed after Zack Snyder's exit. 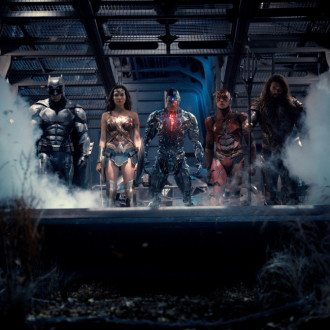 'Justice League' screenwriter Chris Terrio has admitted he wanted his name removed from the "vandalised" film when it was changed after Zack Snyder's exit.

Terrio, who worked alongside Snyder on the 2017 movie before he stepped down due to a family tragedy and the helm was handed to Joss Whedon, admitted he had "no idea" how much "wholesale dismantling" there would be of Snyder's version that he wishes his name wasn't alongside it.

He said: "I was in Los Angeles at the time working on 'Star Wars' ['The Rise Of Skywalker']. I was on the west side of Los Angeles working with J.J. [Abrams] at the time, and I drove to the studio and I sat down and watched it a couple of weeks before release. I immediately called my lawyer and said, 'I want to take my name off the film.' [The lawyer] then called Warner Bros. and told them that I wanted to do that ... I didn’t realise how much of the film was going to be changed—or vandalised, in my opinion. It became clear as I spoke to various actors that it was a wholesale dismantling of what had been there before. I did not hear from anyone who said it was a pleasant experience."

And Terrio admitted he went into "such a depression" after the film was rewritten.

He told Vanity Fair: "I went into such depression when the film was taken away and rewritten. But I didn’t even feel entitled to be depressed, because Zack and Debbie [Snyder, his wife and coproducer] were dealing with their family tragedy. Measured against that, losing the film that you wrote seems like nothing at all. But it did hurt. It hurts to think that I cared so much about these characters and worked on nothing else for a very long time."