Cleverly blending a rebellious teen comedy with an animated prehistoric adventure, this witty film wins us over with sharp characters who are written, voiced and drawn with plenty of personality. It may be yet another hyperactive, silly romp, but the attention to detail is extraordinary, and the rather overfamiliar message is genuinely inspiring. The Crood family has survived the primordial chaos because dad Grug (Cage) keeps them in a constant state of fear, never letting them out of the cave after dark. There's just too much out there that wants to eat them! But teen daughter Eep (Stone) is restless to explore the world. Her mum Ugga (Keener) has her hands full tending to feral baby Sandy (Thom), lunkheaded pre-teen brother Thunk (Duke) and feisty Gran (Leachman), so Eep sneaks out in the middle of the night. There she meets Guy (Reynolds), a slightly more evolved human who has mastered fire and has what sound like radical ideas about survival. Grog is not happy about this at all. But when the world starts shifting around them, he has little choice but to allow his family to follow this new kid into what is clearly certain death.

Only of course, this being a comical cartoon, we know they'll all be fine, even though most of their adventures are seriously perilous. Filmmakers De Micco (Space Chimps) and Sanders (How to Train Your Dragon) create a lavishly imagined world of mash-up creatures that seem like lost links in the evolutionary chain. Gigantic predatory kittens, mouse-sized elephants, crocodile puppies and walking whales are not only hilarious, but they make us want to buy a plush version all our own. In other words, the film is a riot of marketing possibilities, including the promise of a long-running franchise.

The directing and writing duo of the animated family movie 'The Croods', Kirk DeMicco and Chris Sanders are among arrivals on the red carpet at the New York City premiere for the movie.

Continue: Video - The Croods Directors And A Sloth Are Among The Arrivals At The Family Movie NY Premiere

The Croods are a prehistoric family of six who have always lived by patriarch Grug's rule of never venturing out of the cave they call a home. While his wife Ugga, his mother-in-law Gran, his son Thunk and his baby Sandy all stand by his wishes, his eldest daughter Eep becomes restless as her curiosity for what the outside world might be like overwhelms her despite her father's brutal warnings. Giving in to temptation, Eep sneaks out to explore and, to her father's terror, almost gets crushed in an avalanche caused by an earthquake which destroys their home. No-one is hurt; on the contrary, a whole new land is discovered filled with vibrant vegetation and exotic creatures. Homeless and with no excuse to avoid investigating, the family set out on a journey into this new world, with Grug still feeling profoundly reluctant.

This animation adventure is a wonderful story of family, discovery and bravery directed and written by the geniuses of several lovable CGI movies, Kirk De Micco ('Space Chimps', 'Racing Stripes') and Chris Sanders ('Lilo & Stitch', 'How to Train Your Dragon'). Not only is it heart-warming to watch, but you'll also never go long without laughing whatever your age. It will hit UK cinemas from March 22nd 2013.

Watch the trailer for How To Train Your Dragon

Continue: How To Train Your Dragon Trailer 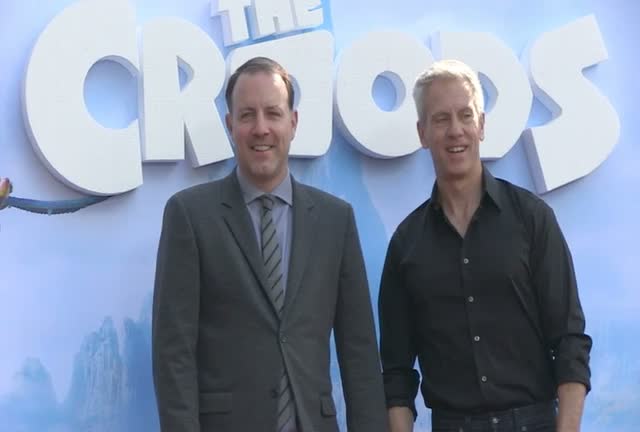 The Croods are a prehistoric family of six who have always lived by patriarch Grug's...