With his new film 'Top Five', Chris Rock is taking aim at his own business, telling the story of a stand-up comedian who has become a movie star. He's also caught in the craziness of celebrity as he tries move between comedy and drama. But the comparisons with his own life end there, he says. 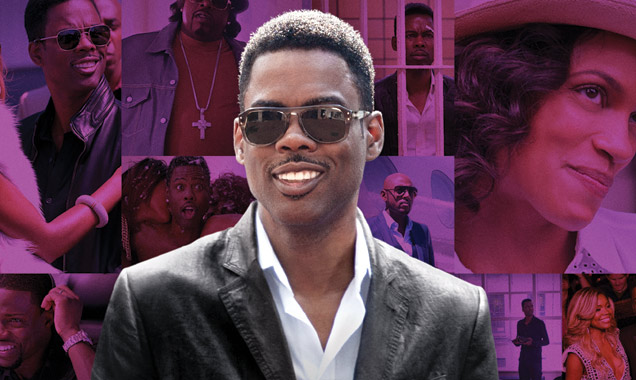 The poster for 'Top Five'

Rock says that the idea sparked when he took a serious stage role. "The cool thing about the play is it was really dramatic and it was really funny," he says. "I knew coming into this movie that I got confidence from the play that made me realise, 'OK, the drama is as important or more important than the comedy.' And I tried to take the lessons I learned and apply them to 'Top Five'. So, yeah, it is a little more personal and grounded than anything I've done."

Ironically, he sees this as a theme that's ripe for comedy. "There's just a bunch of comedians out there that frustrate me. You see them do these serious roles and you think, 'Can you just be funny?' I've actually screamed that at the TV screen," he laughs, then admits he understands the need to do something serious. "I want to win an Oscar, don't get me wrong! But you've got to give the people what they want a little bit. In a weird way, the movie is saying it's OK to stretch here and there, but don't take what you do for granted. People like you for a reason. I mean, you go see Radiohead and they don't sing Creep. Come on, sing Creep! Why won't you do Creep? The other songs, don't get me wrong, but Creep! I don't get it."

Rock knows that he will always be a comic. "I don't want to sound old, like Little Richard taking about rap records!" he laughs. "People like my stand-up, that's what they want to see me do. It's great that people want to see me do anything, so I can't take that for granted."