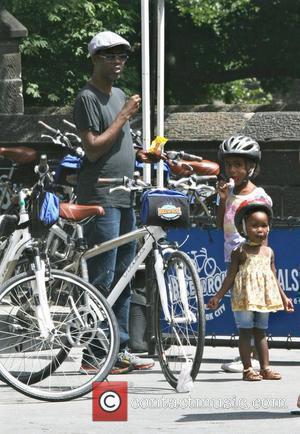 Chris Rock is set to strip off to bring Mariska Hargitay breakfast in bed - the actress bid $25,000 (£16,600) at a charity auction to have the comic serve her in the nude.
The Law & Order: Special Victims Unit star was among the guests attending the Children's Defense Fund benefit in New York City on Monday night (06Dec10).
Rock helped raise money by offering to serve a winning bidder breakfast, and when auctioneer Ali Wentworth failed to secure a huge donation for the prize, the clever saleswoman upped the odds by insisting he carry out the task naked.
According to the New York Daily News, she told the crowd, "Okay, if you donate $25,000, Chris Rock will bring you breakfast in bed. Chris Rock will deliver breakfast in bed naked if you donate $25,000."
The risque offer received the backing of Rock's wife and board member Malaak Compton-Rock, who shouted out, "He'll do it!"
The lot was finally sold to Hargitay, with Wentworth warning the absent funnyman, "Chris, get ready to get naked for Mariska Hargitay!"