The 49 year-old comedian recalls what he learned from the late star after being a guest on the final episode of 'The Late Show Starring Joan Rivers.'

Since the tragic passing on Joan Rivers this past Thursday (Sept 4th), there has been an outpouring of support for her grieving family and tributes to the late comedienne from celebrities and fans alike, all remembering the impact she made on their lives.

One high-profile star who wanted to recall what he learned from Rivers the first time they met was Chris Rock, and this occurred when he was a guest on the very last episode of 'The Late Show Starring Joan Rivers.'

"I did the very last 'The Late Show Starring Joan Rivers' on Fox," he recently told Variety. "It was my first time on television. Her show just gotten cancelled and her husband had just shot himself in the head. And for whatever reason, she decided to go and do the last show. Boy, did I learn about the show must go on that day."

Rivers' run as host of the 'Late Show' came after she left her guest host position on Johnny Carson's 'The Tonight Show' on some unpleasant terms, and her time emceeing her own chat show lasted for just one year from 1986 to 1987. During this time it was also rumoured that her husband Edgar Rosenberg's suicide in August 1987 was because he felt ashamed of playing a major role in encouraging Rivers to take the late-night hosting gig.

More: Chris Rock On Guns: "A Mortgage Is A Real Background Check"

"She had it together on camera. When we were on commercial, she was losing it a little bit," Rock added. "I can definitely say I saw her start to cry. She kept it together. That was the first time I met her." 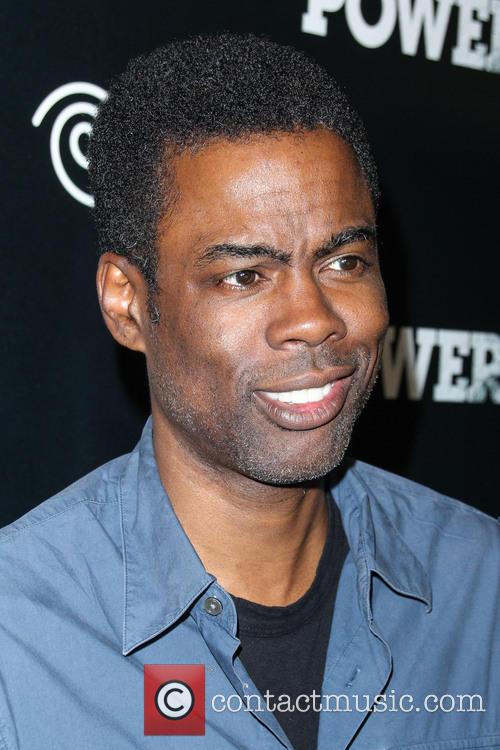 Joan was laid to rest on Sunday (Sept 7th) at Temple Emanu-El, a Reform Jewish synagogue in New York City.