Chris Rock had ''water balloons with p**s'' thrown at him when he went to school and says he was racially bullied throughout his education. 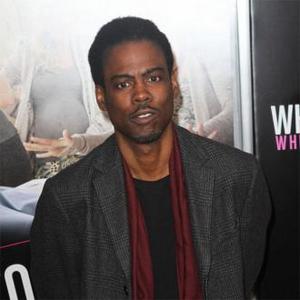 Chris Rock had ''water balloons with p**s'' thrown at him when he went to school.

The 47-year-old comedian - who has been married to Malaak Compton-Rock for 15 years - admits his school life was not easy and he was bullied constantly in the early 1970s for being the only black person at his educational establishment.

He said: ''I was bussed to a school in Gerristen Beach in Brooklyn in 1972. I was one of the first Black Kids in the history of the school.

''There were parents with signs, 'N****r go home'. For all intents and purposes the United States had been practicing apartheid until 1968. I was spit on every day. I had water balloons with p**s thrown at me. I was f**king Carrie.''

Bullying was not his only problem as a youngster, he also came close to a career in crack cocaine dealing.

He added to Details magazine: ''I never did crack, but my friends did. It was the craziest s**t.

''One summer, me and a friend had a plan to sell crack. It was no different than getting a Paper Route or my aunt who sold Avon.''