Comic Chris Rock gets envious of the talents of Ricky Gervais, despite having been voted as the fifth greatest stand-up act of all time. 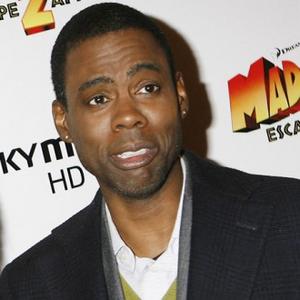 The comedian-and-actor - who was voted as the fifth greatest stand-up act of all time by Comedy Central - has admitted he gets envious of 'The Office' star's talents.

He told Absolute Radio: "Ricky Gervais is the funniest. I get stand-up envy for Ricky and I don't get that often."

But Chris revealed he is not too sure about another of Britain's most famous stars David Beckham.

He revealed: "Is David Beckham any good? Like sometimes rappers come to the UK that suck in America and you guys think they're great. You're like, Coolio is a genius! Sisqo is the new Marvin Gaye! I always wonder that of David Beckham."

The comic recently said he is such a big fan of rapper Jay-Z, he would like him to deliver a tribute to him at his funeral.

Chris stated: "Who would I have to deliver my eulogy? Jay-Z. It would be pretty sad. He has some songs that are like eulogies anyway. So that would be good. Everyone in my family would be into Jay."