The Comedian and his wife, who share two daughters together, first met in 1993 and tied the knot back in November 1996.

Chris Rock and his wife of 19 years, Malaak Compton-Rock, who share two daughters together, ages 12 and 10, are reportedly getting a divorce. News of the pair's separation first broke three days after Christmas on Sunday (Dec 28th). 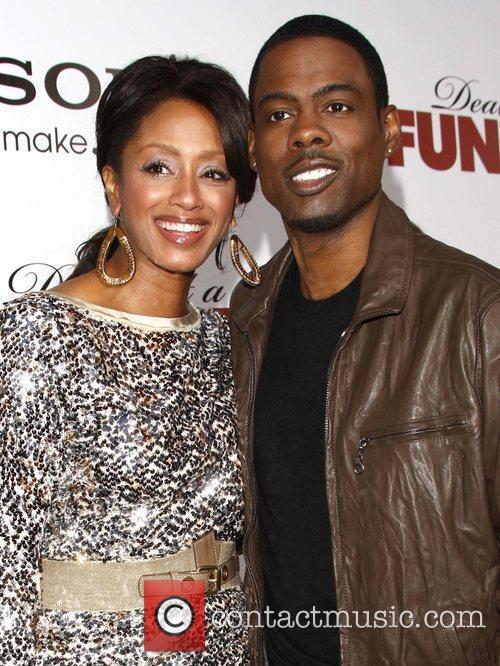 Rock and his wife have been married for 19 years

"After much contemplation and 19 years of marriage, Chris and I have decided to go our separate ways," Compton-Rock, 45, said in a statement to People magazine. "Being fortunate enough to lead a life of service by working with those most vulnerable makes me well aware of life's blessings, even when faced with difficulties."

"While recognizing that this is a significant change, my children remain at the center of my life and their well-being is my top priority," she added. "It is in this spirit that I sincerely ask that their privacy and the privacy of our family be respected during this transition in our lives."

The couple first met in 1993 and tied the knot back in November 1996, they welcomed their first child Lola Simone in 2002, and her younger sister Zahra Savannah in 2004.

"Chris Rock has filed for divorce from his wife, Malaak," the 49-year-old comedian's rep told E!News. "This is a personal matter and Chris requests privacy as he and Malaak work through this process and focus on their family."

Although the details behind their split are fairly unknown, a source allegedly close to the duo has come forward and revealed to E!News they have been "having marriage issues for years" and that they have "been living separate lives for some time."

More: Chris Rock Accuses Hollywood Of Being Racist Against Mexicans: "There's A Slave State In L.A."

"They care deeply for their kids' well-being and they wanted to wait to make any announcement," the source added. "They feel this is the best decision for their kids and each other."