The Oscars’ host is well aware of the #OscarsSoWhite controversy which erupted after this year’s nominees were announced.

This year’s Oscar nominations were announced on Thursday and immediately drew criticism for their lack of diversity, causing the hashtag #OscarsSoWhite to trend. But now the 2016 host Chris Rock has even referenced the controversy by referring to The Oscars as ‘The White BET Awards’ in a tweet. 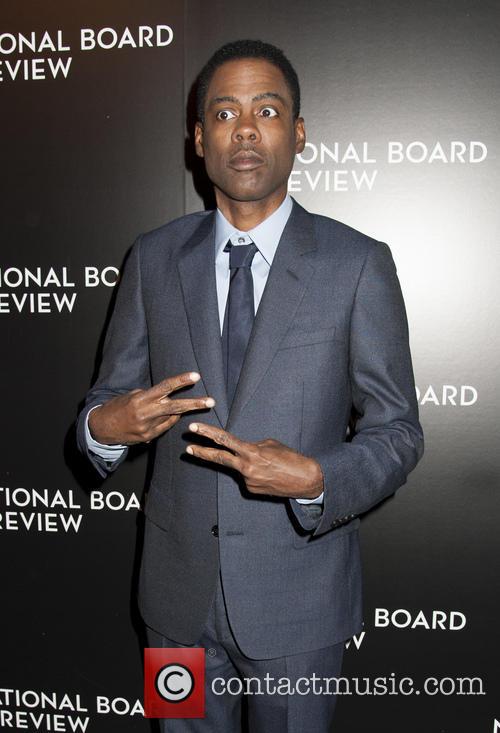 Sharing his new promo for the February 28th ceremony Rock tweeted, ‘The #Oscars. The White BET Awards.’ In the promo Rock gives us three reasons why we should tune into this year’s ceremony: "Presenter cleavage," "Check out who died this year" and "I might curse.”

Earlier this month Rock made headlines when he addressed Jennifer Lawrence’s gender-pay-gap comments, saying that if the actress were black then, “she’d really have something to complain about.”

More: Chris Rock: 'If Jennifer Lawrence Were Black She'd Really Have Something To Complain About’

In the New Yorker piece profiling comedian Leslie Jones, Rock was quoted as saying: “Black women have the hardest gig in show business. You hear Jennifer Lawrence complaining about getting paid less because she’s a woman—if she was black, she’d really have something to complain about.”

This year’s Oscar nominations once again featured no non-white nominees in any of the four major acting categories as well as the best director category, much like last year. The Academy was also accused of ignoring African-American-led films such as Straight Outta Compton, Beasts of No Nation and Concussion.

After the nominations were announced Reverend Al Sharpton tweeted: ‘All white Oscar nominations are another example of the lack of diversity in Hollywood. Like the Rocky Mts. The higher u climb the whiter. Hollywood has a fraudulent image of progressive and liberal politics and policies. We must take direct action to correct this. Talk is cheap.’

Commenting of this year’s lack of diversity Academy President Cheryl Boone Isaacs told Deadline, “Of course I am disappointed, but this is not to take away the greatness [of the films nominated]. This has been a great year in film, it really has across the board. You are never going to know what is going to appear on the sheet of paper until you see it.”