Chris Rock Announced As The Host Of The 2014 BET Awards

The 49 year-old comedian issues a warning to all the nominated stars and attendees, "nobody is off limits," when it comes to his jokes. 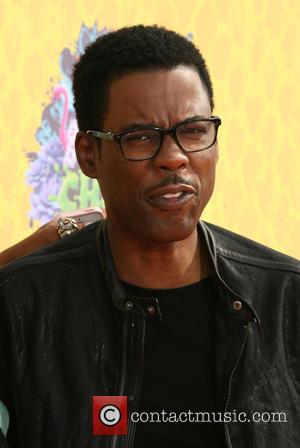 Chris Rock will become a host of a major award ceremony once again, this time it will be the coveted BET Awards.

On Wednesday (May 14th) BET confirmed that the comedian will be emceeing the award show that specifically honors the achievements of African Americans, mainly in the music industry.

However, all the nominated stars and the attendees better be prepared, Rock states that his jokes will be about anyone.

"Nobody is off limits," he told People Magazine Wednesday. "I'm sure I'll get some memo I'll ignore."

Rock, who hosted the 77th Academy-Awards in 2005, also spoke about his new gig while appearing on BET's 106 & Park show on the same day.

"To me you've got to get in that barbershop funny," he said. "You've got to know what's going on. Be aware. Get your timing. I don't change a lot. I try to pay attention to the show."

The 'Grown Ups 2' actor will be taking the helm of the ceremony at the Nokia Theatre L.A. Live in Los Angeles on Sunday June 29th.

The announcement was also made on social media with BET tweeting, "AND THE 2014 #BETAWARDS HOST IS . . . @chrisrock!" along with an official promotional photograph of Rock.

"I watch the BET Awards every year," the 49 year-old said later on Wednesday in an official statement. "It's one of my favorite award shows combining people from movies, sports, TV and music. Where else can you get Rick Ross and Michelle Obama in the same room?! The BET Awards is like a party where nothing is off limits. My peers have done the show now it's my turn."

"We've been trying to make this happen for a VERY long while, and we're ecstatic that Chris Rock will be the host of the BET Awards for the first time," added Stephen Hill, president of music programming and specials at the network. "Mr. Rock is a comedic genius with a rapier wit who is a keen observer of pop culture."