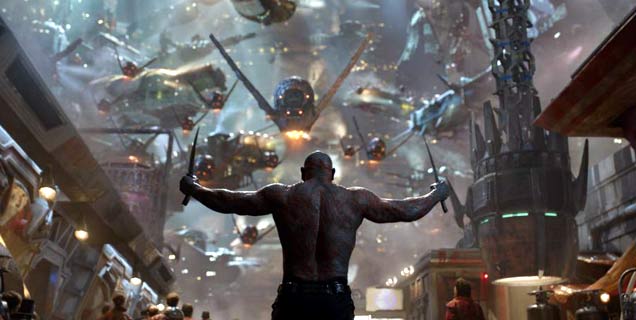 In the wake of especially strong buzz from critics who have seen the film, the cast of  assembled for their world premiere in Los Angeles this week, including Chris Pratt, Zoe Saldana, Vin Diesel, Glenn Close, Karen Gillan and Michael Rooker. They then dashed across to London for a Leicester Square premiere, where they were joined by Disney/Marvel colleagues Mark Hamill and Chris Hemsworth, plus Diesel's Fast & Furious costar Elsa Pataky. The film opens next week. Browse through our gallery of the premiere of Guardians of the Galaxy - Los Angeles, California, USA. We also have some shots of celebrities at the 'Guardians of Galaxy' premiere in London.

Luc Besson's new action romp Lucy opens today in the US and next month in the UK. In a new short feature, Scarlett Johansson and Morgan Freeman give a backstage look at working with Besson on the movie, including glimpses of the crew filming elaborate action scenes. The clip ends with a brief trailer for the finished film. Watch 'Lucy - Luc Besson' Featurette.

Opening in September, Get on Up is a biopic about Godfather of Soul James Brown, played by Chadwick Boseman (42) alongside Viola Davis, Octavia Spencer, Nelsan Ellis and Dan Aykroyd. Directed by Tate Taylor (The Help), the film looks colourful and extremely energetic. Watch 'Get On Up' International Trailer. 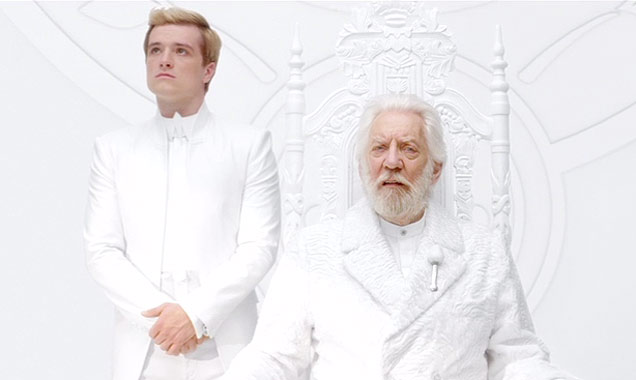 It was announced this week that Benedict Cumberbatch's The Imitation Game will open this year's London Film Festival in October. And a new trailer promises a strikingly strong biographical drama about Alan Turing, the computer pioneer who helped crack Germany's Enigma code and shift the course of World War II. Cumberbatch instantly leaps to the front of the Oscar race for the film, which costars Keira Knightley and Mark Strong. It opens in November. Watch 'The Imitation Game' Teaser Trailer.

A new trailer also arrived this week for the hotly anticipated adaptation of Fifty Shades of Grey, even though it doesn't open until next February. The film stars Dakota Johnson and Jamie Dornan, and the trailer's pretty steamy. It caused a meltdown on Twitter. Watch 'Fifty Shades Of Grey' Trailer.

And more than 30 years after his last Mad Max movie, and a decade after he started work on a follow-up, filmmaker George Miller released an extensive set of photos for his reboot Mad Max: Fury Road, which stars Tom Hardy, Charlize Theron and Nicholas Hoult. Most of the movie was shot in Namibia in 2009, but production has continued over the last five years. The film finally opens next May. 'Mad Max: Fury Road' - New Stills and Poster Appear From Comic Con [Pictures].