We still love dinosaurs more than zombies and robots - here's the proof!

The astronomical success of 'Jurassic World' just proves that dinosaurs aren't explored enough in film these days. Sure, people may be desensitised to the terror of the prehistoric monsters - at least, more so than they were in 1993 upon the arrival of 'Jurassic Park' - but this extraordinary re-telling has broken box office records. 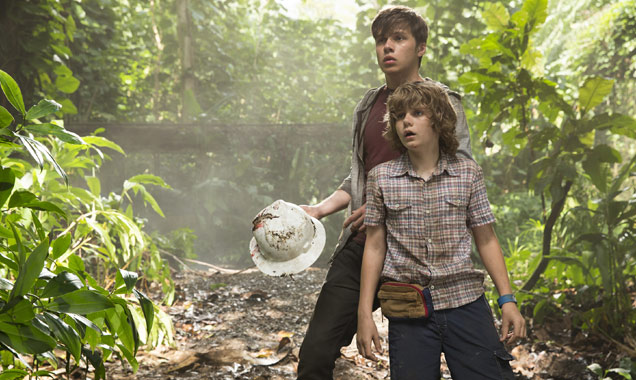 Yep, kids are definitely not bored of dinosaurs

It has its criticisms and, of course, it doesn't quite have the same effect on audiences as its original predecessor, but 'Jurassic World' has successfully managed to cast some much-needed cinematic nostalgia upon the lovers of the Steven Spielberg classic, so much so that its opening has become the highest-grossing debut of all time.

The Colin Trevorrow directed sequel scored a massive $511 million on its opening weekend, exceeding 2011's 'Harry Potter and the Deathly Hallows - Part 2' which grossed $483.2m. Dinosaurs are largely thought of to be a children's fascination, but with these sorts of box office figures, it's clear this is a primeval pandemic that continues to grip those of all ages around the world.

And these aren't the only dino-based flicks that have achieved phenomenal success. In 2009, 'Ice Age: Dawn of the Dinosaurs' was released and subsequently became the highest grossing 'Ice Age' film with $218.4 million on its opening weekend.

Before that there was Disney's 2000 animation 'Dinosaur', which saw some extraordinary CGI for its time and captivated audiences with the stunning visuals. 'The Land Before Time' is another child-friendly film franchise which began in 1988, and is returning again after eight years with the fourteenth instalment 'The Land Before Time XIV: Journey of the Heart'. It's a series that demands respect, especially with Spielberg and George Lucas as executive producers on the very first movie.

'The Good Dinosaur' is yet another upcoming animated film, which explores a world were dinosaurs were not wiped out by an asteroid and instead grew to exist among humans. Star of 'Jurassic World' Chris Pratt recently suggested that there are doubts over whether children are still captivated by the colossal previous dwellers of the Earth: 'Have our children become disenfranchised with the dinosaur? Is it still captivating and astounding? Or do we need to build something that's bigger, stronger, faster, and with bigger teeth to lure them in?' He pondered.

We're thinking 'no'. Everyone still loves dinosaurs. And it's about time Hollywood realised that.