The dino-themed movie is shattering records left and right this weekend.

Even before Jurassic Park dropped, we all knew it would be big. But just how big? The movie has surpassed all estimates and reached $511 million worldwide over its first three days in theatres. This makes the fourth Jurassic Park franchise movie the biggest global opener of all time, among other achievements. 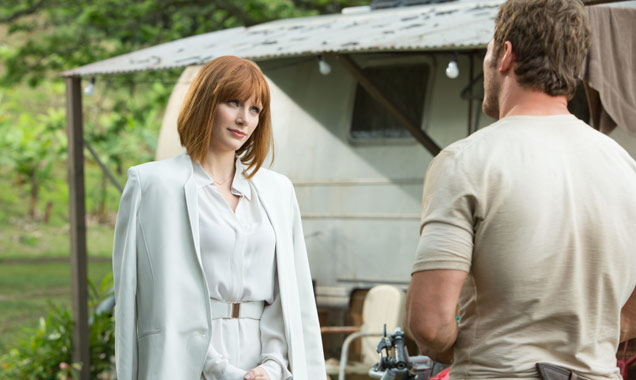 It also devoured a number of domestic box office records with a $204.6 million take, the Rentrak media-measurement company estimated on Sunday. Internationally, the film's ticket sales reached more than $307 million, according to The Telegraph.

The Chris Pratt starrer, besides setting a record for 2015, also counts as the second biggest domestic box office opening of all time, just behind 2012's The Avengers, which took in $207.4 million on its opening weekend.

More: Jurassic World Was A Challenge for Bryce Dallas Howard

Pre-release estimates put the film's domestic earnings at a solid, but not nearly as impressive $125 million. Now, reviewers are attributing Jurassic World's unexpected success to a combination of nostalgia (the last Jurassic Park flick came out 14 years ago), the grandeur of the film's blockbuster scale and, of course, a lot of awareness, of both the current climate and the movie market. Add in Chris Pratt's winning charm and you've got yourself a winner.

With its unpredictable success, Jurassic World has finally fanned the flame of an otherwise slow summer kickoff.

Watch the Jurassic World trailer below.