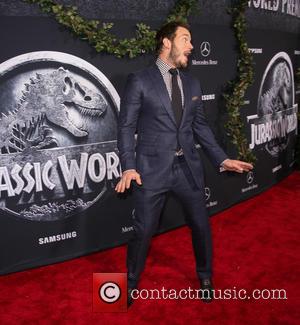 The Guardians of the Galaxy star walked the red carpet with his actress wife, Anna Faris, and co-star Bryce Dallas Howard, among others, and after the screening, they all headed to a special tropical-themed bash at the Ray Dolby Ballroom, inside the Dolby Theatre.

Buffett performed at the event with his touring group, the Coral Reefer Band, and as he began belting out his Margaritaville hit, he invited Pratt to join him on the microphone.

Video footage of the gig has since emerged online, showing the ecstatic star singing along with Buffett's backing vocalists, much to the crowd's delight.