Chris Pine is dating reality TV star Vail Bloom and the couple were spotted kissing during a lunch date in Los Angeles. 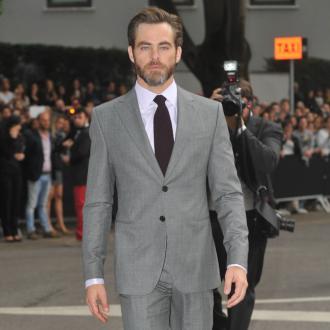 The 34-year-old actor was spotted kissing the 'Vanderpump Rules' star, 32, while they enjoyed a romantic lunch date at Café Midi in Los Angeles on Sunday (17.05.15).

The 'Star Trek' star was also seen shopping with the blonde actress, who is a hostess at 'Real Housewives of Beverly Hills' star Lisa Vanderpump's West Hollywood restaurant SUR and previously got nominated for an Emmy award for her role on US soap opera 'The Young and the Restless'.

A spokesperson for the 'Into the Woods' heartthrob declined to comment on his relationship status, according to PEOPLE.com.

Chris, who was linked to 'The Newsroom' star Olivia Munn and former 'The Hills' star Audrina Patridge in the past, previously admitted he found it difficult to have a steady relationship in Hollywood.

Speaking about his split from model Dominique Piek in 2013, he said: ''It's really hard in our business to maintain something. For me, right now, it'd be really hard.''

The actor also prefers to ''blend in'' when he's not working and doesn't enjoy fame.

He said: ''I'm just Waspy enough. A six-foot-tall white man, you kind of blend in, and that's fine with me. It helps I don't really seek anything out. Hopefully, I put the vibe out of 'not looking for it.' ''