Chris Pine 'in talks to star in Wonder Woman'

Hollywood star Chris Pine is in negotiations to star in 'Wonder Woman', according to a new report. 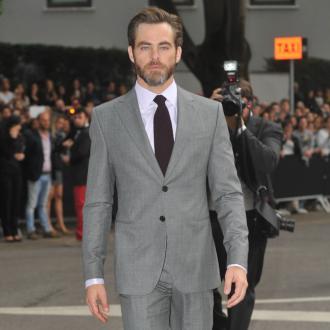 Chris Pine is reportedly in negotiations to star in the new 'Wonder Woman' film.

The 34-year-old actor - who's best known for his role as James T. Kirk in the 'Star Trek' movies - is wanted by Warner Bros. to appear as Gal Gadot's love interest in the upcoming superhero film.

Chris' proposed on-screen character, Steve Trevor, is an intelligence officer in the US Army during World War II whose plane crashed on Paradise Island, the homeland of Wonder Woman.

Previously, it was speculated the coveted role had already been handed to Scott Eastwood, but Variety reports that his decision to accept a role in 'Suicide Squad' has opened the door for Chris, who last year starred in 'Horrible Bosses 2'.

This comes shortly after it was revealed Patty Jenkins had replaced Michelle MacLaren as the director of 'Wonder Woman'.

The 43-year-old director - who helmed 'Monster', the 2003 crime drama film about serial killer Aileen Wuornos - was given the job after Michelle walked away from the project because of creative differences.

At the time of Michelle's exit, a statement explained: ''Given creative differences, Warner Bros. and Michelle MacLaren have decided not to move forward with plans to develop and direct 'Wonder Woman' together.''