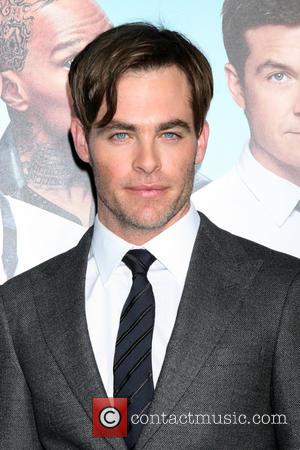 Picture: Chris Pine - Photographs from the premiere of new comedy film 'Horrible Bosses 2' which was held at the TCL Chinese Theater in Los Angeles,...

Actor Chris Pine harbours deep regrets about his portrayal of fictional assassin Jack Ryan in the most recent spy film adaptation, because he is convinced he did not do the franchise justice.

The Star Trek star took on the role of the titular character in Jack Ryan: Shadow Recruit earlier this year (14), but the film's box office performance paled in comparison to previous releases in the Tom Clancy series, only grossing $135.5 million (£84.7 million) worldwide.

Pine, who was excited to be a part of the franchise, admits the mixed reviews and lacklustre box office figures have likely killed any plans for studio bosses to recruit him to make a follow-up - but he hopes the character can live on through another actor.

He tells Moviefone.com, "No, I don't think it made enough money for that (a sequel) to happen.

"That's one of my deep regrets, that we didn't totally get that right. It's a great franchise, and if it's not me, then I hope it gets a fifth life at this point. It's just great. I love the spy genre. I hope it's done again and with a great story."

Pine was the fourth actor to step in to the role of Jack Ryan - Harrison Ford was cast as the character in Patriot Games and Clear and Present Danger, while Alec Baldwin portrayed him in 1990's The Hunt For Red October.