Upcoming Disney 3D-disaster film, The Finest Hours, has a well-known captain at its helm with actor Chris Pine, who proved a hit as James Kirk in Star Trek, taking on the role of US Coast Guard Captain Bernie Webber in this drama based on a true story.


Due out in January 2016, The Finest Hours charts the story of the Pendleton mission – a rescue trip undertaken by Coast Guard ships off the coast of Cape Cod after two oil tankers were destroyed by treacherous winds and rain in 1952.

MORE: Chris Pine In Talks To Star In Wonder Woman

The film is adapted from Michael J. Tougias and Casey Sherman’s 2009 book of the same name and is directed by Craig Gillespie with Casey Affleck, Ben Foster and Eric Bana taking on supporting roles.

The first-look trailer provides viewers with plenty of reasons to eagerly anticipate the release of The Finest Hours with storming skies, treacherous tides and a heart-wrenching desire to save those that desperately need help. 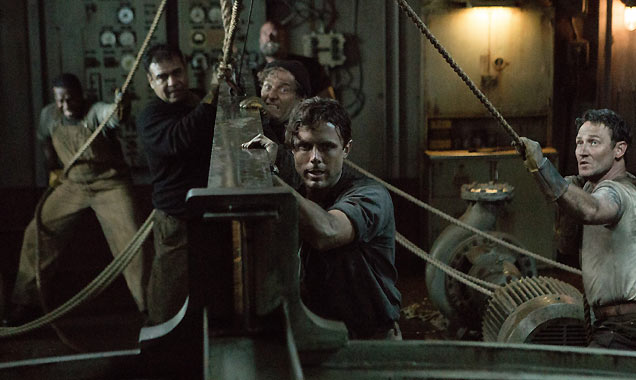 Setting off in a wooden lifeboat in freezing temperatures with little to no equipment capable of beating the 60-foot waves and hurricane-force winds facing them, Captain Chris Pine is in charge with first assistant engineer Ray Sybert (Affleck) head of the frightened crew and Bana as the Coast Guard Warrant Officer who orders the daring mission.