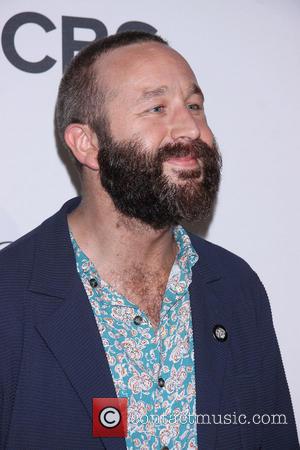 Irish actor Chris O'Dowd visits his doctor twice a week after struggling with vocal issues and "various bangs and bruises" during his Broadway run of Of Mice And Men.

The Bridesmaids star, who made his Broadway debut in the stage revival of John Steinbeck's classic play, admits he had no idea how tough life on the stage would be and reveals he has really suffered for his art.

He tells the Associated Press, "I definitely have found it harder on my voice and my body than I was expecting. I always somewhat guffawed at the idea that it could be a tiring job to work three hours a day, but I'm going to the doctor twice a week with various bangs and bruises and swollen vocal chords."

O'Dowd portrays the mentally disabled Lennie Small, opposite James Franco's field worker George Milton, and he confesses he based his character on an old acquaintance.

He says, "(Small is based on) a neighbour of mine in London. His name was David. Though I never asked him, I would say he had mild Down syndrome and he had certain tics and stuff."

O'Dowd's dedication to the role has paid off - he has been nominated for a Tony Award for Best Performance by an Actor in a Leading Role in a Play.