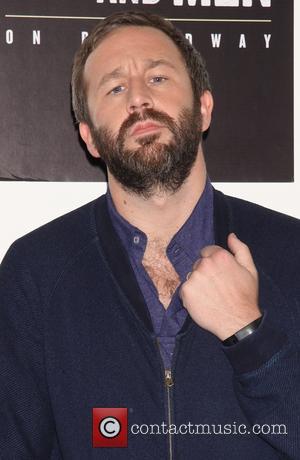 Actor Chris O'Dowd is convinced following a religion will eventually become as offensive and unacceptable as racism.

The Bridesmaids star grew up respecting people of faith despite his atheist views, but he admits he has become "less liberal" as he ages.

Now he is certain religious doctrine is halting human progress and even accuses U.S. President Barack Obama of overstating his Christianity to please extremists in his race to the White House.

He has even branded religions a "weird cult" and insists it's "crazy" to believe in a god.

O'Dowd tells British GQ magazine, "For most of my life, I've been, 'Hey, I'm not into it, but I respect your right to believe whatever you want'. But as time goes on, weirdly, I'm growing less liberal. I'm more like, 'No, religion is ruining the world, you need to stop!'.

"There's going to be a turning point where it's going to be like racism. You know, 'You're not allowed to say that weird s**t! It's mad! And you're making everybody crazy!'. And you know, now America can't have a president that doesn't say he believes in God. So we're f**ked! Like, they f**ked everything! You wanna go and live in your weird cult and talk about a man who lives in a cloud, you do that, but don't. I mean, you really think that Barack Obama believes in God? No way!"