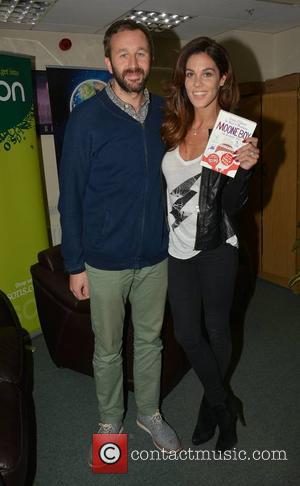 Actor Chris O'Dowd is planning a trip home to Ireland so he can introduce his baby son to all his relatives.

The baby is believed to have been born in Los Angeles, where O'Dowd has been living for the last few years, and the star has now revealed they are taking Art on a trip to Ireland very soon.

O'Dowd reveals he asked for the latest series of his Tv comedy Moone Boy be filmed in his hometown of County Roscommon so he can introduce Art to his relatives and show him where he grew up.

He tells Britain's Daily Mirror, "(His birth) was (an) incredible moment. It is a hard thing to describe. I found initially in those moments right after the birth, which was really dramatic and scary, my initial concern was that Dawn was Ok. Almost secondarily you are dealing with the fact that this new person is in the world. Then five minutes later you are, 'Oh my God' and holding him in your arms. You feel suddenly like you are an antique-shop owner holding this incredibly fragile thing in your hands.

"(Fatherhood) is fantastic - it's a role that you can't in any way prepare for, but I have been really loving it. He is an absolute sweetheart... We are going back (to Ireland) in a month or so so Art can meet the family. Because we are going home so soon we are waiting to see the Irish folk when we go over."