Chris Messina and Jenna Fischer are interviewed at a press junket at the premiere of their new film Giant Mechanical Man at the Hilton Fashion Hotel, New York. The pair discuss their limited high school experience in performing arts, their worst jobs including being a bellhop for award-winning actress Drew Barrymore, and their thoughts on the themes of the new movie.

37-year-old Chris was named one of the "Ten Actors to Watch" in the Daily Variety October issue in 2007. The Vicky Christina Barcelona actor is currently filming a Mindy Kaling TV movie while 38-year-old Jenna (Hall Pass, The Office) has been filming Kiss Me (post-production) 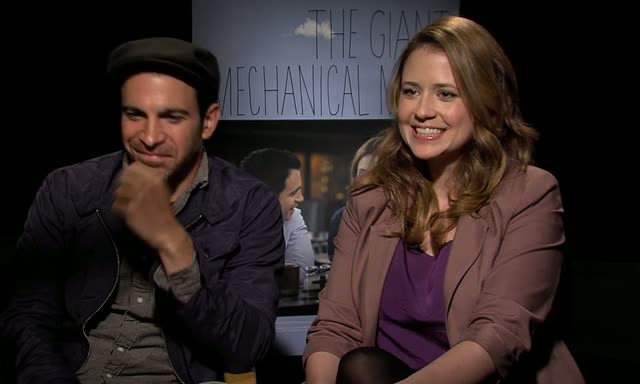