Chris Martin has praised Scottish rockers Travis for having such a big influence on young musicians, crediting the Scottish band for the creation of Martin's own group, Coldplay. Appearing as a guest presenter on the UK's Radio 1 alongside Shaun Of The Dead actor Simon Pegg last night (19JAN07), Martin unveiled Travis' new song, BIG CHAIR, to the delight of fans across the country. Martin gushed, "We're gonna finish with an incredible exclusive, we're very privileged to play it, it's a new song by the band Travis, the band that invented my band and lots of others." But while lead singer of Travis, Fran Healy, was delighted at the song's debut, the airing was a little earlier than expected. He says, "I thought it was going to get played (on Saturday) (20JAN07). I checked the Radio 1 website a few days ago and I'm sure it said Chris was on (Saturday) but what a nice surprise. "Thanks Chris, I must return the favour one day!" 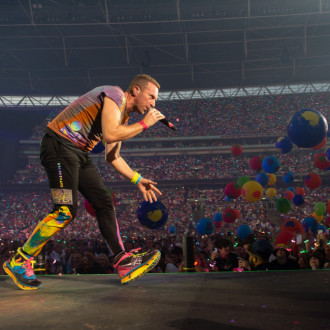