Coldplay to release another album next year

Coldplay are planning to more traditional album next year after releasing 'Ghost Stories' next month. 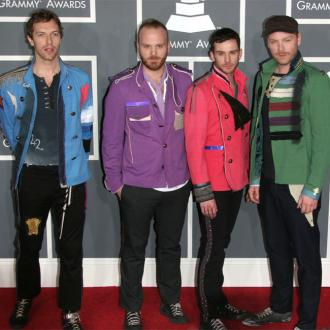 Coldplay are planning to release another album next year.

The 'Paradise' hitmakers, whose new record 'Ghost Stories' will be released next month and is a departure from their usual sound, are reportedly planning a more commercial follow-up album in 2015.

A source told the Daily Star newspaper: '''Ghost Stories' is sort of a low-key release for Coldplay, if that's possible.

''It's their chance to try out some different ideas on a smaller scale before coming back next year with a more traditional record.''

The band - featuring Chris Martin, Jonny Buckland, Guy Berryman and Will Champion - have been experimenting with their sound in a similar way to Radiohead and U2 did in the middle of their careers by recording more atmospheric tracks.

The source continued: ''U2 did it with 'Achtung Baby' and 'Zooropa'. And it's no secret Coldplay have always admired Radiohead.

''They did a similar thing with their experimental 'Kid A' album in 2000, returning a year later with sister release 'Amnesiac'. It's that kind of idea.''

Chris, 37, has been focusing on the band's upcoming release after splitting from his wife of 11 years, Gwyneth Paltrow, 41.

The frontman - who is renowned for writing confessional lyrics - has also written about the ''pain'' of infidelity on the band's new track 'Another's Arms', which is speculated to be the reason for their split.

Despite the new release of the new album, the band ''probably'' won't be performing many gigs this year and will focus on smaller dates.

The source added: ''Next year is when fans can look forward to some much bigger Coldplay tour dates.''

Coldplay will release 'Ghost Stories' on May 19.