If Music Was Chris Martin’s Saviour, Coldplay Turned Royal Albert Hall Into A House Of Worship

The Coldplay star has emerged from tough times to play an intimate London gig. 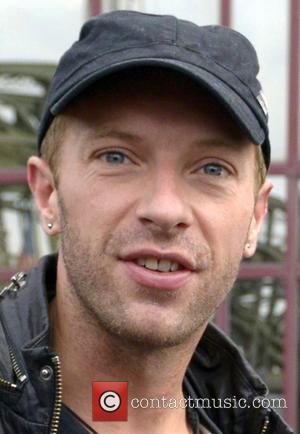 Chris Martin is a man saved; by music, that is. The Coldplay musician has endured a tough year plastered over the tabloids with his recently divorced ex-wife Gwyneth Paltrow, propelled by the unforgivably grating 2014 buzzphrase, "conscious uncoupling."

In the midst of the gossip and gloom, Martin and his Coldplay bandmates released Ghost Stories, a melancholy album of electronica dabblings suffused with the inevitable emotional turmoil of a relationship breakdown. The British quartet brought their latest chart-topping record and a selection of other hits to London's Royal Albert Hall on Tuesday night for a stripped-back and intimate performance.

Inviting fans at the sold-out show to be as close as workably possible, Coldplay managed to make the gig feel a tenth of the size; an illusion helped by the seeming absence high vis-clad concert wardens, a photo pit or heavy onstage theatrics. Instead, the band placed an emphasis on the stripped back aesthetic to give a reassuring "calm after the storm" vibe.

With concert-goers close enough to reach out and touch the 37 year-old frontman, Coldplay went back-to-basics to centre the focus back on the music and away from the headline scandals and speculation.

It was an approach that seemed to work: "it was a treat to see the band in this comparatively intimate space," said The Telegraph's Adam Sweeting whilst The Guardian's Ian Sweeting was cynically observant of Ghost Stories, describing it as a "morose wallow in self-pity virtually bereft of the band's trademark majestic melodies and soaring choruses."

"The gorgeously propulsive Clocks and God Put a Smile on Your Face re-emphasise that they may be much maligned but few, if any, stadium-filling bands routinely dream up such sublime, mercurial melodies," he decides.

Speaking to BBC Radio 2's Steve Wright's Big Show, Martin was philosophical about the period of his life that Ghost Stories emerged from. Revealing that music was "a life-saver," the frontman said "You can choose your paths in life, I find, when you get to a point where you're like 'I could either jump off a bridge or I could try and turn this around.'"

"I'm sure lots of people have that in much harder instances. You just find the right tools [...] I feel so grateful. Especially over the last couple of years, music has been alchemising. I'm very grateful to be here. Every day is a blessing. That's how I feel," Martin said. 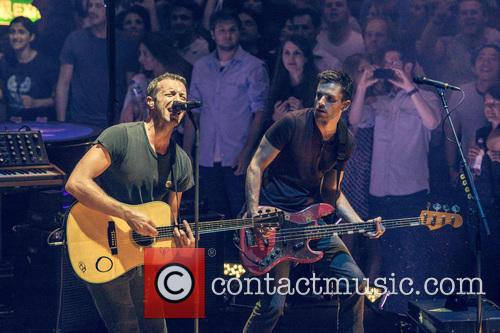 Coldplay Went Back To Basics For An Intimate Show At The Royal Albert Hall.