Chris Martin: We Ripped Off Blur 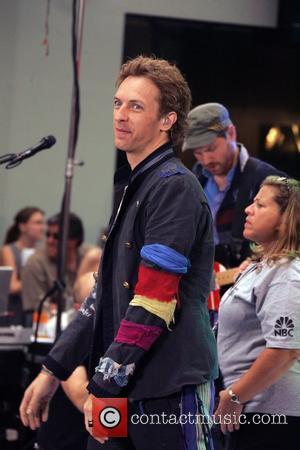 Chris Martin has said that a Blur song was the first inspiration for the band when they began recording their new album.

According to the singer, Sing from BLUR'S debut album LEISURE was a starting point for the writing of Coldplay album VIVA LA VIDA AND DEATH AND ALL HIS FRIENDS, reports Xfm.

"Sing was the first song we plagiarised for the new album", said Chris.

The band recently presented Xfm's Residency slot and spoke of some of their more unexpected influences.

German metal band Rammstein were praised by the band, as were 1980's pop band A-HA who Martin called "one of our formative influences".

"[The Strokes] are the classic band of our generation. And I would argue for Muse as well. And Arcade Fire. And that's just the boys! Beyonce's better than all of us", he added.