Beyonce later worked with the band on ‘Hymn For The Weekend’.

Coldplay frontman Chris Martin has revealed that the band were rejected by Beyonce the first time they approached her for a collaboration.

Appearing on ‘The Graham Norton Show’ Martin said they were "politely shown the door” after coming to her with an idea for a song. 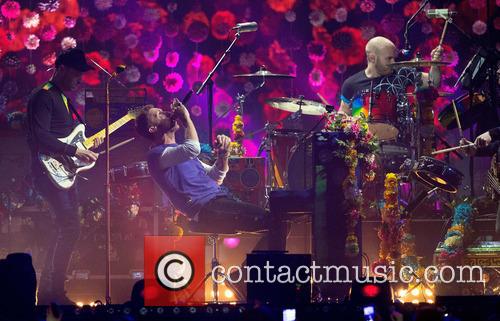 Chris Martin has said Beyonce once turned down Coldplay for collaboration

"We've been to her before and were politely shown the door,” Martin told Norton.

“I had a tiny idea for a little song and when I asked her if she wanted to do it she said no.”

More: ”I'd Have To Take You For Dinner First!" Chris Martin Gets Propositioned By Fan During Coldplay Gig

But the band later got their wish and ended up collaborating with Bey on ‘Hymn For The Weekend’ on their album A Head Full of Dreams and also performed alongside her during this year's Superbowl half time show.

"We then went to her with a more real song with ‘Hymn for the Weekend’ and she was very sweet and sang it,” Martin added.

During his time on Norton’s sofa Martin explained his philosophy behind his piano-dancing, saying you should just "go for it”.

More: Michael J. Fox Joins Coldplay On Stage To Perform 'Back To The Future' Songs

"That's how I think you should be in life - you have to go for it and accept that you might look a bit silly but you've got to be taken over by the passion of things.”