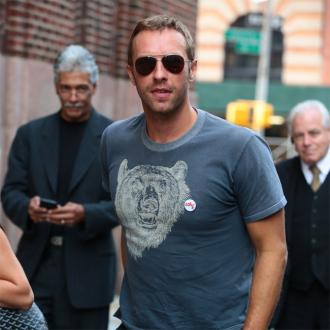 The Coldplay frontman - who split from 'Hunger Games' actress Jennifer Lawrence two months ago - was seen on a date at Lucali in Brooklyn, New York, with the 'Peaky Blinders' actress, and an onlooker described the pair as ''very clearly a couple''.

The source told Us Weekly magazine that 38-year-old Chris - who has children Apple, 11, and Moses, nine, with estranged wife Gwyneth Paltrow - had his arm around the actress as they ''talked intimately'' and gazed into each other's eyes.

And the dinner wasn't the first time the couple have been out together.

A source said: ''He has moved on quickly and has been seeing Annabelle Wallis for about a month.

''He visited her while she was filming in Vancouver and really likes her.''

Chris split from Jennifer, 25, for the second time earlier this summer because the 'Silver Linings Playbook' star was so busy with work.

A source said at the time: ''Jen has been working nonstop and they never saw each other.''

And the 'X-Men' actress is now said to be enjoying being single.

A source said: ''She says it's so refreshing traveling with friends and reconnecting with her girlfriends and she's loved being free and unattached and spending what free time she has with girlfriends.''