The creators of 'The Lego Movie' have hinted they would like the Marvel superheroes to appear in 'The Lego Movie 2.' Here's our pick of the top five that we'd like to see.

Phil Lord and Chris Miller, the writer/director dream team behind the hugely successful The Lego Movie have said that they would love to feature Marvel heroes in The Lego Movie 2. The sequel, which is provisionally set to come out in May 2017, will be directed by Chris McKay, rather than Miller and Lord.

Both have admitted it would be difficult to make it work with Marvel in The Lego Movie 2 because of legal issues. The Lego Movie was made by Warner Bros, so they were able to use all of the DC superheroes, as they are owned by Warner. Superman, the Green Lantern, Wonder Woman and The Flash all featured in the first Lego Movie, but would Marvel allow Warner to use their characters?

MORE: Here's why Captain America is NOT the "dullest superhero"

The Iron Man Lego figure is seriously bad ass looking. It’s the wit and originality that won over an initially skeptical audience to The Lego Movie, we think Iron Man would be the perfect addition to the second movie.

Captain America, complete with lego motorcycle, would have to pop up in The Lego Movie 2. With the success of Captain America: The Winter Soldier he’s recently become the most popular Marvel superhero so it would be mad for him not to appear. The Hulk got off to a bit of a slow start in recent Marvel movies, but he really came into his owner in The Avengers. No Marvel superhero gathering would be complete without a bit of Hulk smashing!

She’s the token girl out of the current Marvel group, but that doesn’t mean she’s not capable of kicking ass like the rest of them!

OK, we understand that the lego figure won’t have Chris Hemsworth’s abs but he’s still got to make an appearance in The Lego Movie 2! 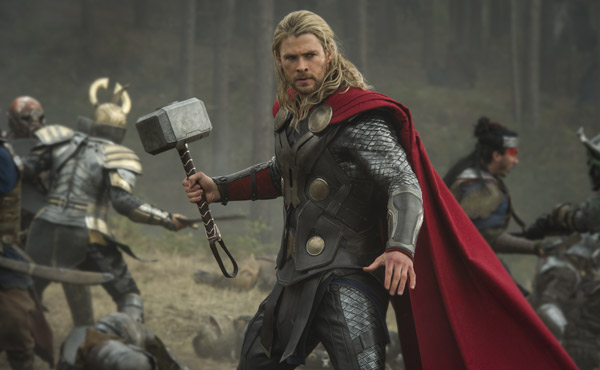 Will lego Thor appear in The Lego Movie 2?

Alright, you caught us. Basically we want ALL of the Marvel superheroes to appear in The Lego Movie 2! Go on, Marvel, do you know how many fans you’d make happy if you agree to lend the characters to the movie?  Do us all a solid and say 'Yes!'  The question is, will the current actors voice the characters, if Marvel agree?

MORE: Thor 2: The Dark World scores 83%.  Where does it rank in Marvel's oeuvre?