On Saturday night (Jan 31st), Scarlett Johansson couldn't help but gush about her 'Avengers' co-star Chris Hemsworth at the G'Day USA Gala and Australian Academy of Cinema and Television Arts International Awards in Los Angeles, even when he is sleeping. 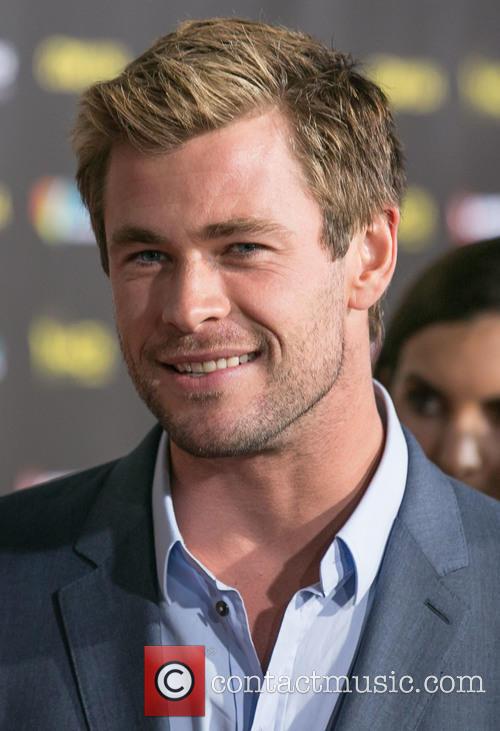 Hemsworth was prized with the Excellence in Film Award

The 30-year-old actress attended the award ceremony, hosted by Nicole Kidman and Geoffrey Rush, to present the Aussi star with the Excellence in Film Award, and when taking to the stage she recalled being on a plane journey with Hemsworth and their co-stars Mark Ruffalo and Chris Evans.

"Chris decided to take a little cat nap," Johansson told the audience. "He collapsed into a giant perfect heap, his lion's mane gracefully falling around his prominent chiseled features. 'My, God,' proclaimed Ruffalo, 'what a specimen.'"

More: Why Chris Hemsworth "Had No Empathy" For Younger Brother Liam Over Failed Relationships

Evans jokingly added, "It's incredible - the man is perfect even when he's drooling."

The kind words from Johansson just kept coming as she described how she "just stared hoping that some of his stardust would drift my way."

"He's all at once sensitive and ferocious, otherworldly and grounded, is shockingly handsome and is surprisingly approachable" Johansson continued. "He is every man and like no man you've met before. He is versatile despite his physicality, which makes him a grade A movie star."

More: The Vision Actor Paul Bettany Claims 'The Avengers: Age of Ultron' Is "Biggest Thing Marvel Has Ever Done"

While accepting the prize, Hemsworth decided to put the spotlight on his wife, 'Fast & Furious 6' actress Elsa Pataky, and told her she is "the greatest thing I've gotten over the last few years."

"So thank you very much to everyone, but especially my wife," he added.