Red Dawn Takes A Critical Mauling Ahead Of This Weekend's Release 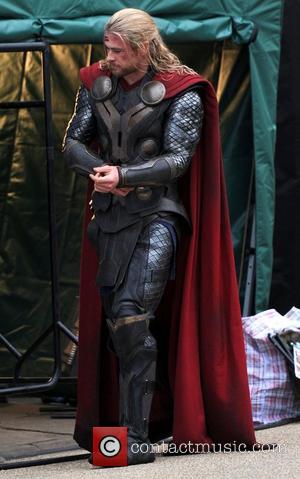 Chris Hemsworth is sure having an up and down year with the movies he’s starring in. He’s had the highs of The Avengers and The Cabin In The Woods, but then there’s been the low of Snow White and The Huntsman (though we all know why that film’s famous now). Red Dawn looks like it’s going to end 2012 on a horrendous note for the actor sadly, the film currently languishing on a miserable 10% on aggregate reviews site Rotten Tomatoes.

“Bradley ... handles the low-fi action well, which helps divert attention from the bargain-bin special effects, bad acting and politics” write the New York Times, The Los Angeles Times offering a slightly less harsh “A movie in search of its moment.” The Chicago Reader lays fully into it though, writing “John Milius's 1984 cult classic about American teens battling a Soviet invasion has been reinvented as a Tea Party wet dream that offers a scathing (if completely illogical) indictment of the federal government.”

They just keep on coming: The New York Daily News writes “The more ludicrous a concept, the more crucial it is that the director embrace the bigger-than-life absurdity. But everything about this project feels small-time”, whilst The New York Post proffers “It's Kim Jong-un versus Some Young Dumb 'Uns.” The remake gets released in the US today (November 21). We’ve not banking on it being a success.