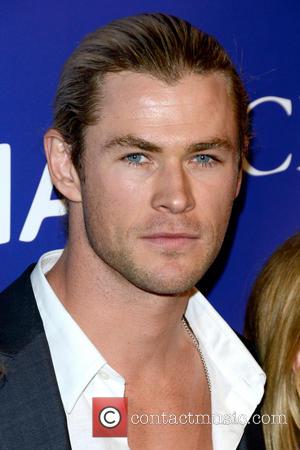 A new poster and details about the forthcoming Thor film starring Chris Hemsworth and Natalie Portman have emerged, with Thor battling once again to save Earth and all of the Nine Realms from an enemy that’s existed since before the universe itself. Sounds like a pretty task to us that.

According to a statement released by the film’s studio Marvel “In the aftermath of Marvel’s Thor and Marvel’s The Avengers, Thor fights to restore order across the cosmos...but an ancient race led by the vengeful Malekith returns to plunge the universe back into darkness. Faced with an enemy that even Odin and Asgard cannot withstand, Thor must embark on his most perilous and personal journey yet, one that will reunite him with Jane Foster and force him to sacrifice everything to save us all.”

Sounds suitably epic to us. You can have a look at Chris Hemsworth looking suitably epic and that with his hammer below on the poster. Elsewhere, the Metro have reported that two new contrasting images from filming have been made public, with one showing Thor having a good old chuckle with Natalie Portman’s Jane as they both stand in costume. Another shows Hemsworth once again looking moody while holding his hammer. What can we devise from this? That Thor is a light-hearted amiable chap who takes home DIY very seriously indeed, we reckon.